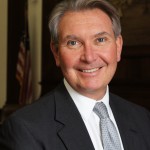 Thomas Gates – call him Tom – takes over as Roanoke County administrator at the end of December. He has been Deputy City Manager in Alexandria. Gates is a former journalism student at Maryland who turned to government and politics as a major.  He was announced as the choice for County Administrator yesterday – after the Board voted to hire him on Tuesday … and he spent a few minutes on the phone with WFIR’s Gene Marrano: