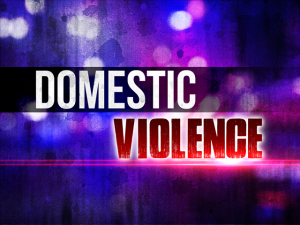 Many victims of domestic violence now have a new source of help to deal with legal issues they might face — especially those involving permanent protective orders. The Virginia Legal Aid Society serves central and Southside Virginia, providing legal aid in civil cases for those who meet income qualifications. Its latest project is to specifically help those dealing with domestic violence. WFIR’s Evan Jones has more:

“In our last strategic planning process in 2017, we learned that domestic violence is especially common in the 26 cities and counties that we serve in Central, Southside and Western Tidewater, Virginia. These cities and counties issue 47% more protective orders than the statewide average by population” said David Neumeyer, Executive Director of VLAS. “Victims particularly need an attorney when asking for a permanent protective order because abusers who control the family money often show up with an attorney, and victims cannot afford one. We have been working for the last eighteen months to create this unit, and are excited that we now have the team in place.”

VLAS expects to help more than 1,300 domestic violence victims and their family members with the help of a two-year grant from the Virginia Department of Criminal Justice Services. VLAS staff will help many of these victims obtain permanent protective orders against their abusers. The project also covers a full range of civil legal services, as long as the client is a domestic violence victim. Victims who need help, for example, obtaining a divorce, defending themselves in an eviction proceeding, receiving government benefits for which they are entitled or many other services can receive help.

VLAS’s Domestic Violence Project team consists of six positions, four of which are new. They include four attorneys, one in each of VLAS’s four offices; a Community Outreach Coordinator; and a paralegal. The attorneys and their offices are:

Mary Buchanan is the project’s Community Outreach Coordinator. In that role, she will work with VLAS’s partners to encourage client referrals and also help educate the public directly through public presentations and informational brochures and videos. Susan Crawley, the new paralegal, will work with domestic violence victims and assist project attorneys.

“We are grateful to DCJS for its confidence in this effort. The grant will allow VLAS to play a pivotal role in helping hundreds of victims receive protection from their abusers and work toward rebuilding their lives” said DeCamp said.

Over the past year, VLAS signed agreements with 19 agencies that work with domestic violence victims. VLAS will accept client referrals from these partners, build relationships with new partners, and help domestic violence clients who apply directly through VLAS’s LawLine (1-866-LEGLAID, or 1-866-534-5243).