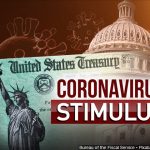 As $600 economic support payments begin hitting Virginians’ bank accounts and mailboxes, Virginia Attorney Mark Herring advises that a new law will ensures that payments will not be swept up by debt collectors and creditors. A bill passed in this year’s special legislative session came after it was discovered that the initial round of $1,200 support payments issued by Congress as part of the CARES Act was left open to seizure or garnishment.

Release from Virginia AG office: RICHMOND (December 30, 2020)—As $600 economic support payments begin hitting Virginians’ bank accounts and mailboxes, a new law from Attorney General Mark R. Herring and Delegate Hala Ayala will ensure that the payments help Virginians support themselves and their families during the COVID crisis rather than getting swept up by debt collectors and creditors. The bill was passed in this year’s special legislative session after it was discovered that the initial round of $1,200 support payments issued by Congress as part of the CARES Act was left vulnerable to seizure or garnishment.

“After nine months of economic fallout from the COVID crisis, these payments are even more important than ever for thousands of Virginia families who are counting on this money to help them make ends meet for another few weeks,” said Attorney General Mark Herring. “Though the payments would have been much larger if not for Republican obstruction, they nevertheless offer some much needed support. I’m glad we were able to identify this problem and enact a solution that will keep this badly needed assistance, and other assistance that may come in the future, from getting scooped up by debt collectors and creditors. People should come first in this crisis, not debt collectors.”
“Attorney General Herring and I put forward this important protection for Virginians because we knew that thousands of Virginia families would struggle to support themselves during this economic crisis, and that every dollar of federal support would need to go directly to food, rent, medicine, and other necessities, not just to the bottom lines of debt collectors and creditors,” said Del. Ayala. “Working together, we were able to identify and solve a problem to support Virginia families and to give them a little more security and support during these incredibly difficult economic times.”
When it was discovered that CARES Act relief payments were not explicitly protected from garnishment, Attorney General Herring urged U.S. Treasury Secretary Steven Mnuchin to take steps to ensure the payments would benefit struggling Americans rather than creditors and debt collectors. When the Trump Administration failed to act, he pursued a state-level solution to ensure these payments benefit Virginians who need help.
In the 2020 COVID and Criminal Justice Reform Special Session, the General Assembly passed HB5068 from Attorney General Herring and Del. Ayala with bipartisan support. The bill exempts state and federal emergency relief payments from garnishment, attachment, and other legal creditor process seizures. It included an emergency clause ensuring it went into effect immediately upon Gov. Northam’s signature.