NAACP calls on Northam to resign 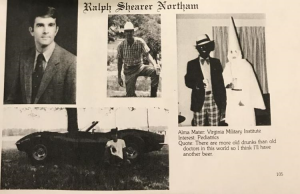 The NAACP is calling on Virginia Gov. Ralph Northam to resign over a yearbook photo in which he posed either as a person in blackface or a Ku Klux Klan member. NAACP President Derrick Johnson tweeted Friday night that “Black face in any manner is always racist and never okay.” Johnson’s tweet came shortly after Northam apologized for what he called “racist and offensive” costumes portrayed in the photo on a 1984 medical school yearbook page. The governor did not say which of the two costumes he was wearing.