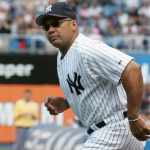 Baseball Hall of Famer Reggie Jackson will be in Pulaski this coming weekend, working with the New York Yankees prospects playing for their Pulaski minor league affiliate. The Yankees will welcome “Mr. October” to Calfee Park Friday and Saturday. Team officials say there will not be opportunities for autographs or meet and greets.

News release: The Pulaski Yankees will welcome Hall of Famer Reggie Jackson to Motor Mile Field at Calfee Park August 17 and 18. The 21-year MLB veteran currently serves as a consultant for the New York Yankees and will be in town to work with the organization’s prospects. “We’re glad Reggie is coming to the ballpark,” said Pulaski Yankees owner David Hagan. “We feel honored that he’s chosen Calfee Park to come and visit.” Jackson will be in town to work with the Yankees players and player development staff. There will not be a meet and greet or autograph session during his visit to Pulaski.

Jackson is a five-time World Series Champion and two-time World Series MVP, nicknamed “Mr. October” for his clutch hitting in the postseason. He helped New York win back-to-back world championships in 1977 and 1978, in addition to four American League East division titles and three American League pennants during his five seasons in the Bronx. The 14-time All-Star has his number 44 retired by the New York Yankees and his number 9 retired by the Oakland Athletics. He was elected to the National Baseball Hall of Fame in 1993.