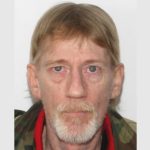 NEWS RELEASE: On September 24, 2019 at 3:42 PM, the Vinton Police Department was called to the 900 block of Shelbourne Ave for a fight in progress with a weapon.  Upon arrival, officers found an injured male lying in the roadway.  Preliminary investigative findings indicate the subject had been stabbed.  The stabbing victim, 51 years old and from Roanoke, was transported to Carilion Roanoke Memorial Hospital.  His condition is not known at this time.

Vinton Police have arrested and charged John Timothy Frye, age 50, of Bedford County with Aggravated Malicious Wounding.  He is being held at the Roanoke County Jail.

The matter remains under investigation and no further information is currently available for release.