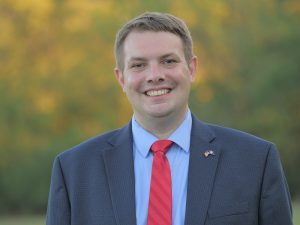 State lawmakers return to Richmond Wednesday for this year’s General Assembly session, and among the many proposals to be considered is one from a local lawmaker regarding minors’ online privacy. Republican State Senator David Suettlerlein has authored a bill that would ensure that tech companies cannot collect, trade or sell online material from anyone under 18 without informed parental consent. The State Senate is Democratic-controlled and Suetterlein is a Republican, but he has been able to see many of his bills in recent years receive sufficient bipartisan agreement for passage, and he believes he will find similar support for this proposal. WFIR’s Evan Jones has more: