Kroger will relocate division from Roanoke to Richmond 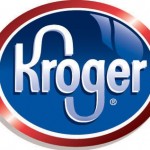 Kroger Mid-Atlantic will relocate its division office from Roanoke to Richmond by the end of 2020. Kroger says the move will establish division operations in a location that is “better equipped and positioned to serve and support all markets.” Kroger also says about 100 associates will have options through the transition to Richmond. Its Roanoke district leadership team will remain here.

ROANOKE, Va. (August 4, 2020) – Today, Kroger Mid-Atlantic announced plans to relocate its division office from Roanoke to Richmond by the end of 2020. The move will establish division operations in a location that is better equipped and positioned to serve and support all markets throughout Kroger Mid-Atlantic. Additionally, recent growth for the division has been centered on the Richmond and Hampton Roads regions as those areas have seen significant increases in population over the years, creating greater demand for grocery stores.

Kroger Mid-Atlantic has created a number of opportunities to ensure that its approximately 100 associates have options through this transition. The company’s warehouse operations, logistics and its Roanoke district leadership team will remain in the region. “As we prepare for this next chapter in our division, we want our associates and communities to know that we’re committed to a safe, seamless and positive transition,” said Paula Ginnett, president of Kroger Mid-Atlantic. “This is not a goodbye to Roanoke because we will remain committed to the region and we will continue to support our associates, customers and community partners throughout the area.”

Kroger opened its first store in the Roanoke Valley 91 years ago and currently operates 11 stores in the region. The relocation will have no impact on stores, pharmacies or fuel centers in the Roanoke area. The Kroger Mid-Atlantic division office is located at 3631 Peters Creek Road in Roanoke. The Richmond division office will be located in Glen Allen at 140 East Shore Drive. Kroger Mid-Atlantic plans to have its Richmond office in full operation by the start of 2021.