Kavanaugh sworn in as U.S. Attorney for the Western District 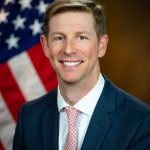 President Biden nominated Kavanaugh to be the United States Attorney on August 10, 2021.  The United States Senate confirmed his nomination on October 5.  It is the honor of my life to serve as United States Attorney for the Western District of Virginia.  I know that the federal prosecutors here tirelessly serve the citizens of the Western District of Virginia in their pursuit of justice, and I am grateful for the opportunity to lead such a talented and dedicated team of public servants,” U.S. Attorney Kavanaugh said today. “I look forward to working closely with our law enforcement partners, defense counsel, and the court in serving the District.”

Kavanaugh also served as the District’s chief national security prosecutor, and spent time supervising and training fellow prosecutors while serving as the Counsel to the U.S. Attorney and Senior Litigation Counsel.  Most recently, Mr. Kavanaugh was Senior Counsel to the Deputy Attorney General at the U.S. Department of Justice in Washington, D.C.