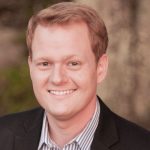 No policies were violated and a police officer did not give Delegate Chris Hurst any preferential treatment when Hurst was stopped and released on January 26th – after he tested just above the legal threshold for drunken driving. That was the word from Christiansburg Police Chief Mark Sisson this morning.

(Police department news release) “Once a determination has been reached that there is not probable cause to arrest an individual, an officer has limited authority to restrict that individual’s liberty. The Christiansburg Police Department has issued additional guidance to officers to encourage exploring all possible alternative modes of transportation – such as ride sharing or public transportation – in future encounters. Because of the complex – and at times contradictory – nature of the provisions of the Code of Virginia and the Constitution of Virginia in this area, the Christiansburg Police Department has clarified its policy to state that while the General Assembly is in session, officers shall only arrest or charge members of the General Assembly for treason, felony offenses or offenses clearly constituting a breach of peace – which policy defines as violent offenses or an offense that creates a public disturbance or panic.

For all other offenses while the General Assembly is in session, officers shall document the offense, and if deemed warranted after consultation with the commonwealth’s attorney, obtain a warrant or summons for the offense after the session concludes. Over the past few weeks, we’ve received a lot of feedback from the public and understand not everyone agrees with the officer’s decision that night and will not agree with the results of this internal investigation,” [Sisson said]. “However, we remain confident in the judgement and integrity of our officers and trust them to make sound enforcement decisions based on objective, factual information and observations and to remain uninfluenced by social or political pressure. We continually review our procedures and performance and will always do so, particularly in matters of great public concern. We remain steadfast in our commitment to provide the best possible law enforcement service to our community.”