Illegal alien pleads guilty to trafficking other illegals in SWVa 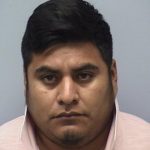 Federal prosecutors say a Mexican national who was removed from the U.S. last year and later returned illegally has pleaded guilty in Roanoke to transporting illegal aliens in southwest Virginia. Eliezer Ramos-Arriola admits driving a van that had seven Mexican and Honduran nationals in the back and being paid to transport them. They were discovered during a traffic stop earlier this year in Christiansburg.

NEWS RELEASE: Roanoke, VIRGINIA – An illegal alien from Mexico, who was removed from the United States on April 2, 2018 and reentered the country without permission, pleaded guilty today in U.S. District Court in Roanoke to illegally reentering the United States without permission and transporting illegal aliens. United States Attorney Thomas T. Cullen made the announcement. Eliezer Ramos-Arriola, a.k.a. Francisco Gaitan-Arreola, a.k.a. Francisco Gaitan Arreola, a Citizen of Mexico, waived his right to be indicted and pleaded guilty today to an Information.

“Human smuggling – particularly when it involves unaccompanied children – is a serious federal crime,” U.S. Attorney Cullen stated today.  “I appreciate the commitment and hard work of our partners at the Department of Homeland Security in investigating this case and other criminal violations of our immigration laws.”

“Individuals cannot expect to repeatedly flout our immigration laws without consequence,” said Lyle Boelens, acting field office director of U.S. Immigration and Customs Enforcement’s (ICE) Enforcement and Removal Operations (ERO) Washington, D.C. “This individual had already been afforded due process in our nation’s immigration courts and not only again defied our laws but facilitated the illegal entry of countless others.”

“As the lead federal agency investigating alien smuggling, HSI is committed to employing the full range of our unique law enforcement authorities and techniques,” said Raymond Villanueva, special agent in charge of ICE Homeland Security Investigations (HSI) Washington, D.C. “Human life may not be treated like a commodity.”

According to court documents, Ramos-Arriola is a citizen of Mexico who was removed on April 2, 2018 from El Paso, Texas. The defendant never sought nor obtained authorization to reapply for admission into the United States.

However, On April 4, 2019, Ramos-Arriola was the driver of a vehicle stopped by law enforcement in Christiansburg, Virginia. Inside the vehicle, officers located seven illegal aliens, consisting of six adult males and one, unaccompanied, minor female. These individuals were citizens of Mexico and Honduras and not authorized to be in the United States.

In exchange for assistance in illegally crossing into the United States, Ramos-Arriola had agreed to work for a smuggling service to transport passengers to various locations throughout the United States, including within the Western District of Virginia. The defendant picked-up the seven passengers in Phoenix, Arizona and was paid $600 to feed the passengers and to pay for fuel. In addition, the mother of the juvenile female entered into an agreement with the smuggling service to pay an additional $4,000 to the driver who delivered her daughter to the Western District of Virginia.

The investigation of the case was conducted by the U.S. Immigration and Customs Enforcement, Virginia State Police, and Montgomery County Sheriff’s Office.  Assistant United States Attorney Charlene R. Day is prosecuting the case for the United States.