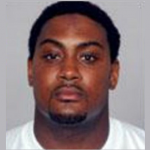 RICHMOND, Va. (AP) _ A former University of Virginia and pro football player convicted of scamming people out of $10 million is seeking a new judge for the retrial of the case. The Richmond Times-Dispatch reports 39-year-old Merrill Robertson Jr. says the current judge is biased, having sentenced him to 40 years in prison in the case in 2017. Prosecutors say Robertson and a co-conspirator operated a Richmond investment agency that sold promissory notes with a promised 20% annual return. Instead, they say he used the investments to buy luxury items. An appeals court panel this year ordered another trial. It ruled the judge didn’t adequately ask jurors if they had read a related newspaper story, which noted the judge said Robertson wasn’t truthful. A May hearing is set for the motion.