Good weather … improved shuttle service from remote lots – and more elbow room … Floyd Fest made a strong comeback this year according to its co-founder. FloydFest sold fewer tickets and improved the shuttle service after some problems in 2013. WFIR’s Gene Marrano was there: 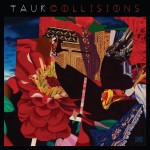