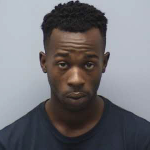 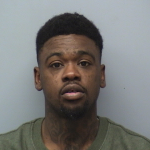 UPDATE: Roanoke Police have obtained warrants in connection with the Homicide of Michael D. Jackson that occurred on 6/8. The following two individuals are wanted for Second Degree Murder – Shannon Lewis Walker age 29 of Roanoke and Derrell Jamar Jones age 28 of Roanoke. We do believe these two men are armed. Anyone with information on the location of these individuals is asked to call 911 immediately. Callers can remain anonymous. Anonymous text messages can be sent to 274637. Please begin your text with the keyword “RoanokePD” to ensure that it’s properly sent. Give them case number 18-062301.

PREVIOUS:  There was a fatal shooting overnight in Northwest Roanoke. Police say shortly after a midnight an officer located a black man with a gunshot wound in the 1600 block of Burrell Street. Authorities say it appears the shooting was the result of a verbal altercation at the nearby LT Store. No arrest has been made at this time. The victim has been identified as 42-year-old Michael D. Jackson of Roanoke.

From Roanoke City Police: On June 8, 2018 around midnight a Roanoke Police Officer while patrolling in the 300 block Orange Avenue NW area heard a gunshot in the vicinity. As the officer was responding, it was reported that there was a subject in the 1600 Block Burrell Avenue that had been shot.

Located in the parking lot of the LT Store was an adult black male with a gunshot wound. Roanoke Fire and EMS responded and transported the male to Carilion Roanoke Memorial Hospital where he was pronounced deceased at 12:40 am.

At this point in the investigation, it appears that the victim and two black males began a verbal altercation inside the store and the confrontation continued to the parking lot. Detectives and Forensics Investigators are collecting evidence and conducting interviews. It is unknown if there is a relationship between the victim and the two black males. No arrest have been made at this time. Identification of the victim will be made after notifications have been made.