Do you know this man?

Roanoke County police are asking for help identifying and finding a man who robbed the SunTrust Bank in the 7200 block of Williamson Road in the Hollins area. The suspect reportedly went into the bank shortly before 5:00 p.m. Thursday. The man did not show any weapons,  but showed the bank teller a note and took off with cash.

He’s described as white, 5-foot-8-inches tall, with a red beard. Surveillance video shows him wearing sunglasses, a UVA hat and a light blue work shirt.  Police say  the suspect may have gotten into a blue long-bed truck with a third door, possibly an early 2000’s model. 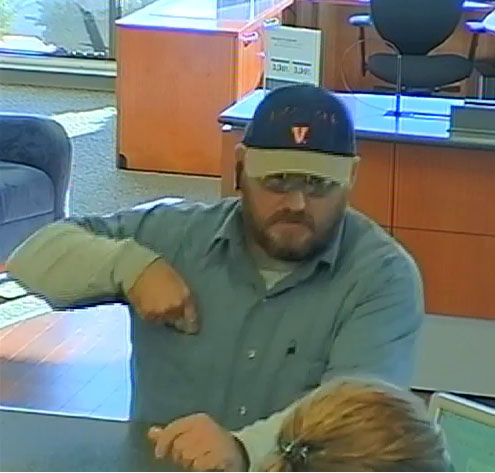 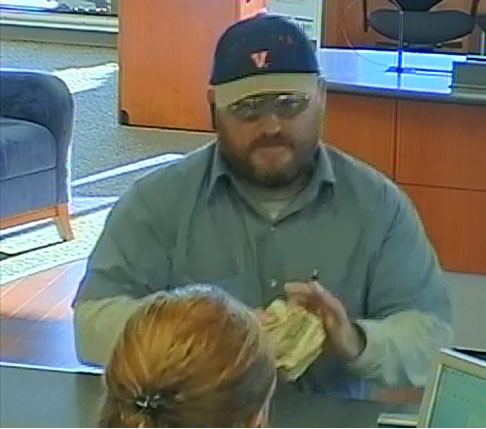 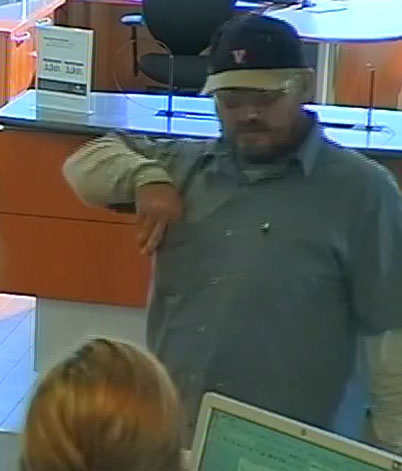