Hundreds of well-wishers gathered at Roanoke-Blacksburg Regional Airport this morning as dozens of World War Two D-Day veterans deplaned from an “Honor Flight” on their way to the National D-Day Memorial in Bedford for a ceremony tomorrow on the 70th anniversary. The Honor Flight originated in South Florida.  Kurt Leurchter was a corporal in the U.S. Army 25th Infantry Division and took part in the Allied invasion at Normandy. Leurchter is also a Holocaust survivor and fought for the French Resistance before joining the Army. He spoke with WFIR’s Gene Marrano: 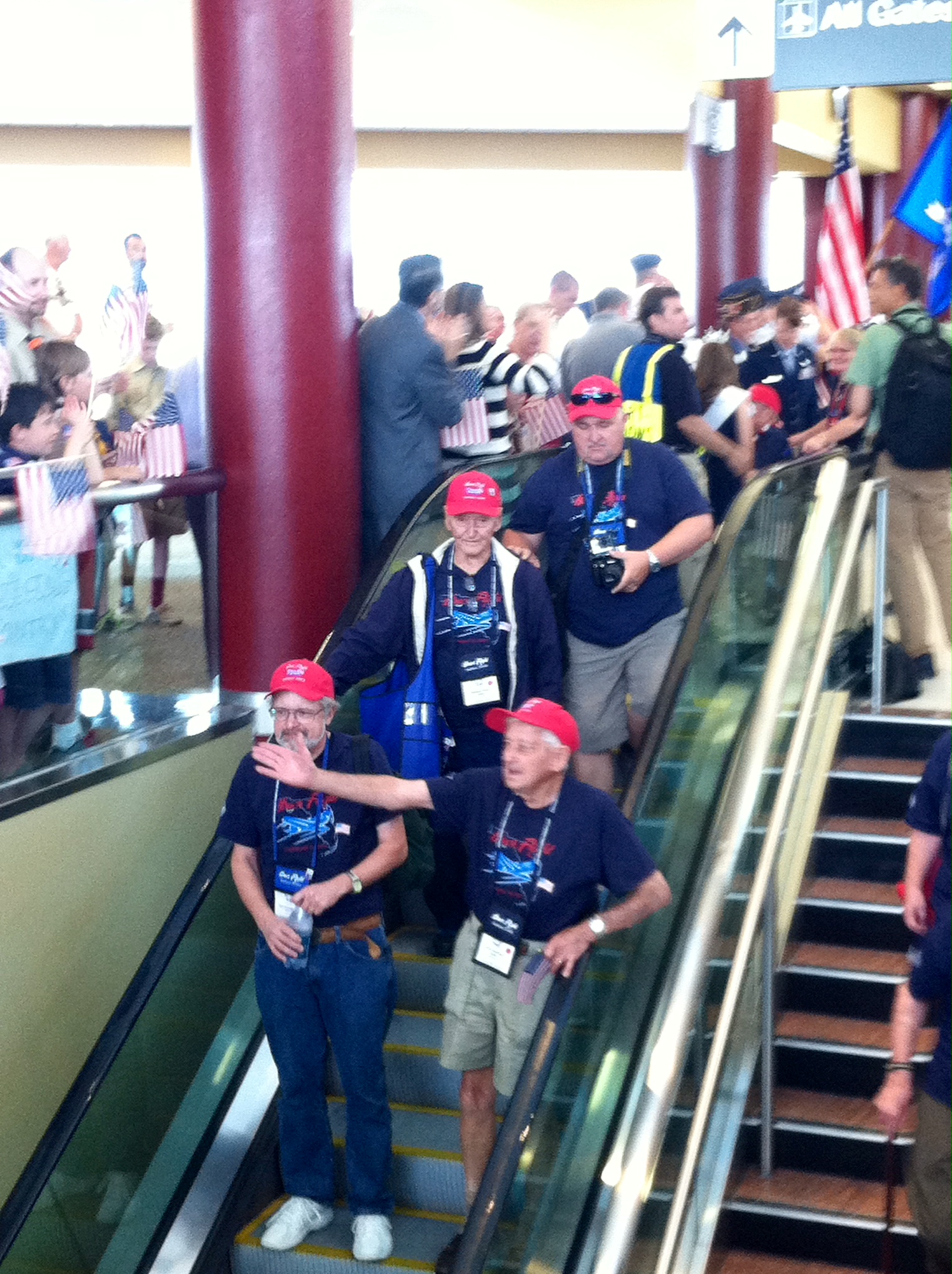 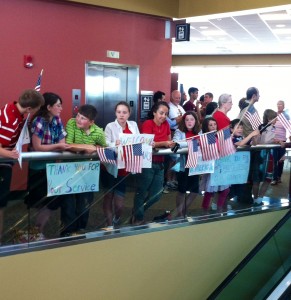