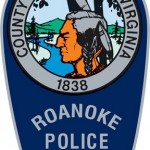 (Roanoke County, VA—February 24, 2021) On January 26 the Roanoke County Police Department conducted an investigation after a body was discovered in the water near Niagara Dam (southeast of Vinton) at 10:30 a.m. The Medical Examiner’s Office has positively identified him as Dolph Edward Dellinger, who was missing out of Roanoke City. Nothing suspicious was noted by the Medical Examiner’s Office. All attempts to locate and notify a next of kin from out‐of‐state have been exhausted. Any investigation into the nature of how Mr. Dellinger entered the river is being deferred to the Roanoke City Police Department.