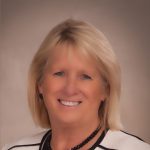 RICHMOND, Va. (AP) _ Virginia Republicans in the House of Delegates have picked a new leadership team ahead of becoming the minority party for the first time in two decades. The House GOP caucus announced Sunday that Del. Todd Gilbert would be the minority leader, while Del. Kathy Byron will be caucus chairwoman. Del. Jay Leftwich will round out the leadership team as the minority whip. Democrats won a majority in legislative elections earlier this month. Voter antipathy toward President Donald Trump has helped fuel massive losses for House Republicans, who had a near super-majority when the president was first elected. Current GOP House Speaker Kirk Cox told fellow Republicans after this year’s loss that he would not seek a leadership position in the caucus.