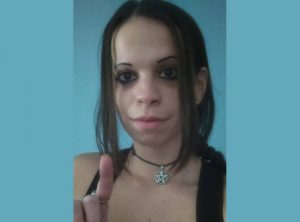 Human remains found near Hollins University over the winter have been identified as those of a Salem woman who had been missing since the spring of 2019. Jessica Dickson of Salem was 31 years old when she went missing. Roanoke County Police say they are investigating circumstances surrounding her disappearance and death.

Roanoke County Police April 16 UPDATE: The remains located on February 16, 2021 on the Hollins University campus have been identified as missing person Jessica Darling Dickson of Salem. She was 31 years old at the time she went missing in the spring of 2019. The circumstances surrounding her disappearance and death are still under investigation. No other information is available at this time.

PREVIOUS: The Roanoke County Police Department is conducting an investigation at Hollins University after human remains were discovered Tuesday afternoon on the campus. Police Department personnel will be on-site through tomorrow.

There appears to be no connection to the University. Hollins University is cooperating with the Police Department and notified their students, faculty and staff of the police presence on campus.

No further information is available at this time.