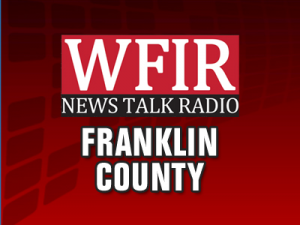 From Franklin County Sheriff’s Office: Fentanyl, a powerful synthetic opioid analgesic, has taken over this country’s substance abuse epidemic by force. Similar to morphine, but with 50 to 100 times the potency, fentanyl is a legal opioid that is commonly prescribed for pain control. In this drug epidemic, fentanyl is being added to illicit substances to increase its potency and many users are not aware that it is cut into the drugs that they are purchasing. Recently, the DEA sent an alert to law enforcement agencies to be aware of counterfeit pills that have entered into the United States that are laced with fentanyl. An increase in overdose fatalities have been attributed to this takeover of fentanyl and counterfeit pills.

The Franklin County Sheriff’s Office is dedicated to the aggressive pursuit of illegal use and sale of dangerous, illicit drugs in an effort to protect all within this community. From July 2021 to November 2021, the Narcotics Division with the Franklin County Sheriff’s Office has continued an extended drug investigation that has led to 94 individuals receiving 243 indictments directly related to drug activity. These indictments include the following:

Sheriff Overton would like to recognize the significant hard work, dedication, and time that members of this office give to this cause each and every day. Many of these cases go unseen to the general public, although they are very important interventions. This office will continue to work diligently to combat the substance abuse concerns throughout Franklin County.