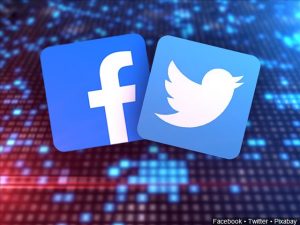 A Virginia Tech professor says efforts by major social media companies to suspend or ban accounts like President Trump’s are like “trying to stop a leak in a cracking dam.” And he doubts such actions can be effective long-term. More from WFIR’s Evan Jones:

Facebook and Twitter say they did so with the Trump account because of the misinformation on it, particularly with regard to claims of election fraud. At Virginia Tech, Multimedia Journalism Professor Michael Horning says there has been misinformation on that account, but it’s hardly alone, and that is a big reason why many conservatives feel big social media companies choose to selectively stifle one point of view by first removing certain accounts from their own sites, then taking down an alternative like Parler. Horning says private companies have the right to act as they have, but he believes it will lead to greater divisions in the country.