Nick Rush will not run again for House of Delegates 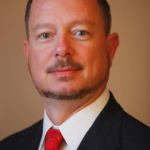 New River Valley Republican delegate Nick Rush says he will not run for a 6th term this fall after representing the 7th House District for 10 years. Rush – who was elected to the Montgomery County Board of Supervisors at age 23 – also touted on Facebook his work as a Delegate to support education in the region.

(from Facebook post) It is with great appreciation to the voters of the Seventh House District that I formally announce my decision to not seek re-election this November for the Virginia House of Delegates. It has been a true honor and incredible privilege to have served in the General Assembly for the past 10 years and I will forever be humbled by the trust placed in me to carry out the people’s work.

As your voice and vote with many important decisions that were made by the General Assembly, I can say without reservation that my constituents were always the foundation for each and every one rendered. I am proud that the Seventh District had a seat at the table when I was appointed to the most powerful money committee in the House of Delegates, the Committee on Appropriations, which included chairing the Higher Education Subcommittee; representing SWVA as Vice Chairman of the Major Economic Investment Project Approval Commission; and bringing more attention to the mental health needs of Virginians as a member of the Joint Sub-committee to Study Mental Health Services in the 21st Century.
When the Republican Party was the Majority Party in the House of Delegates, one of my personal and most valued honors was being elected by my peers to serve as Whip, which was key in making sure that fiscal and conservative legislation passed through the House.
It is also with great pride and fondness that I reflect on some of my legislative success stories that strengthened the New River Valley and SWVA’s economic impact well beyond our regional borders and throughout the entire Commonwealth, country, and global arena:
· The Tech Talent Investment Program, which is now providing for 31,000 new technology degrees to students attending Virginia Tech and other state universities for the next 10 years
· The Jefferson College of Health Sciences merger with Radford University, which has positioned RU to be a top producer of nursing, health, and human services, while providing for greater access to continuing and future research, collaboration, and greater educational opportunities for students and other regional stakeholders
· The 10-10-10 Plan, which appropriated millions of dollars to struggling rural public schools in the Commonwealth, including many in rural SWVA
Constituents of the Seventh District often request their loved ones be memorialized or recognized for their service and impact to the community. I was proud to work with many families to help them accomplish these significant tributes, such as:
· The naming of the Vietnam Veterans Memorial Bridge on Route 114 in Fairlawn
· The recognition of October 22nd as the annual Cameron Crowder Pediatric Care Awareness Day
· The celebration of the 82nd Airborne Division’s 100th Anniversary